Written by Herb Zurkowsky — Fabion Foote had his sights set on the NFL this winter while working out and getting stronger. So the Canadian Football League in general, and the Alouettes in particular, arguably were his second choice. 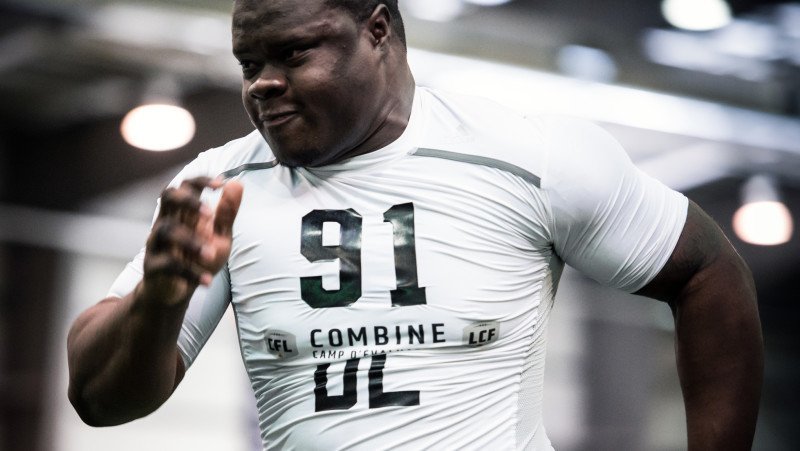 But if the 6-foot-2, 285-pound defensive-tackle had any disappointment after being selected by the Als in the second-round (12th overall) during Sunday night’s Canadian college draft, he masked it well.

“I’m very excited. I view myself as an excellent player. I’m really happy they agreed with me and gave me the opportunity,” Foote told the Montreal Gazette by telephone from his home in Rexdale, Ont. “I’m not disappointed and gave (going to the NFL) everything I had. I did my best. But when reality hits, reality hits. Whatever happened, happened. I’m just grateful for the opportunity to be playing in Montreal now.”

==> Full Story at the Montreal Gazette

P.S — Check out Fabion’s Story leading up to the draft in the Toronto Star here.