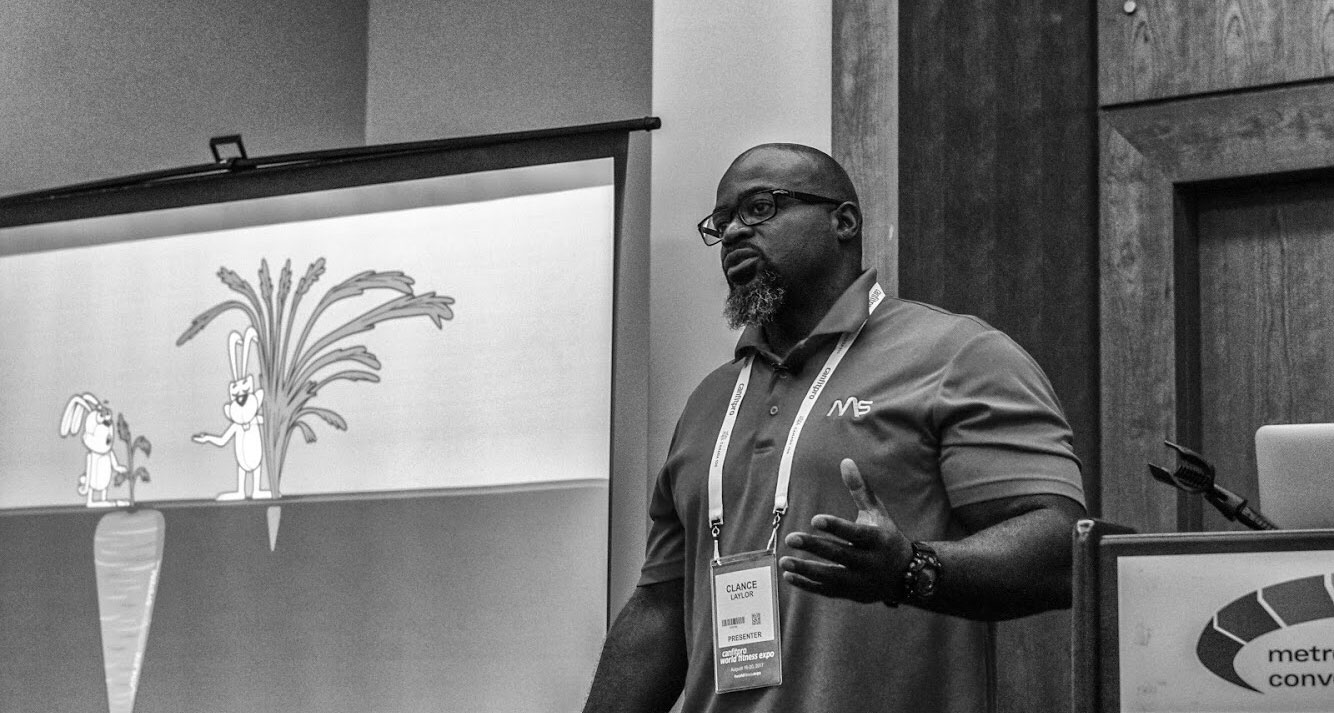 As one of only four PICP Level 5 Master Strength Coaches in Canada, Clance Laylor has emerged as one of the most respected names in professional strength and performance training.

Founder of the Athlete Activation System Strength Coaches Certification, a complex, systematically periodized athletic development approach that has maximized the performance of elite athletes from a variety of sports.

A secret weapon of top Olympians, competitive athletes, coaches, and driven professionals alike, Laylor’s reputation as a tough, no-nonsense Trainer skyrocketed with the success of his young client P.K. Subban. The star defenceman of the Montreal Canadiens trained with Laylor from his early days in the OHL through the NHL draft to his recent win of the coveted Norris Trophy and an Olympic Gold at Sochi in 2014 as part of Team Canada.

In addition to Subban, Laylor also trains key NHL players on teams such as the Washington Capitals and Boston Bruins while working closely with leading coaches – from rugby to weightlifting — to develop programs to optimize the performance of their athletes.

He has also been responsible for the strength and conditioning training of Braxton Papadopoulos, Gold Medalist in the 63 kg class of women’s wrestling at the 2015 Pan American Games and medal favorite for the 2016 Olympics.

Under his tutelage, Laylor’s own 20-year old daughter, Maya Laylor, has developed into the reigning Canadian junior weightlifting champion and record holder and is favored to represent Canada at the Olympics in 2016.

Laylor’s approach is set apart by his tough, results-driven approach and science-based methodology. A former sprinter who suffered a career-ending injury, he went on to train with some of the best strength coaches in the world, including Charlie Francis, Charles Poliquin, and Pierre Roy.

In 2013, he was accredited as a Master Coach through the Poliquin International Certification Program (PICP) putting him in an elite group of 16 coaches worldwide (only 4 in Canada) to have attained this level of excellence.

Before starting his own strength training business in downtown Toronto, he was director of the Poliquin Performance Centre in Toronto. Prior to that, he worked overseas with the Swedish hockey team, training the athletes and developing performance optimization and training programs.

Laylor’s 30+ years of research and development has also led him to co-found & develop the Athlete Activation System (AAS), a complex, systematically periodized athletic development approach that has maximized the performance of elite athletes from a variety of sports.

The fundamental goal of the AAS is to provide strength coaches with the practical and theoretical knowledge that will enable them to achieve optimal results with the athletes they train. This is real world strength and conditioning for athletes, which has been tested and proven at the highest level of competitive sports. It is a direct response to many trendy training methods that pop up so regularly.

In Laylor’s opinion, most of these are simply quick money-making schemes promoting systems or gimmicks that are trying to replace the hard work that is involved in real training for maximum performance.

Among his accomplishments, Laylor is most proud of his foundation “Lifters Life” , a non-profit organization that builds awareness and support of weightlifters in Ontario, along with promoting the many benefits of weightlifting for improved sports performance.

Be a part of our exclusive community of 150 individuals unstoppable in the pursuit of their dreams.