So You Want to Become a Professional Athlete?

Now think about that for a minute. Let it sink in.

With all of those athletes, each sports federation must create a template to gather all of these kids… put them through the same training, same testing, and the same regiment to find that needle-in-a-haystack athlete that will become a professional athlete. 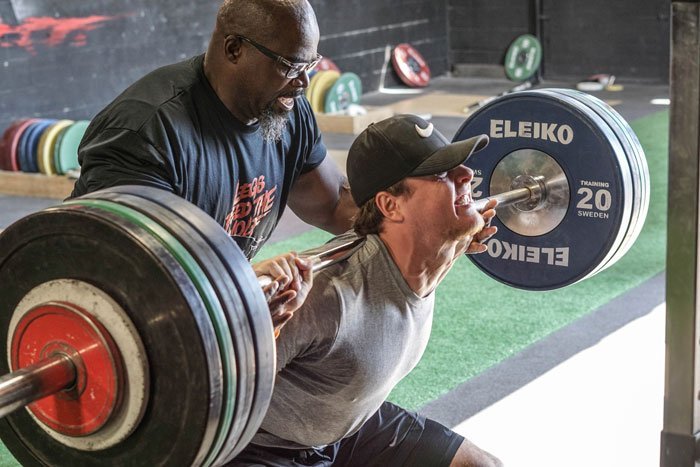 Now be honest with yourself…

Are you or your kids the most talented and/or physically gifted?

Chances are, probably not.

But that’s how the sport farming, scouting, and system is designed.

If you run people through the same factory, only the most talented and/or physically gifted athletes will succeed and be a professional athlete.

In most sports today, you have over 80% talented and/or physically gifted athletes drafted by professional sports federations.

That means the remaining 20% (out of the average 0.5%), get drafted by outworking the rest of the pack, outside of the templated system.

“If you do the same thing everyone is doing, you’ll get the same results or worse.”

You also need to consider that athletes participate in sports for a wide variety of reasons. Some play to get paid. Some play because it’s fun. And some must play just to put food on the table.

What are you playing for?

Karl Subban said to me one day,

“You know Clance, I took a look at what most kids in the hockey world are doing in the summer and most are going to hockey camps, playing a lot of games or training at these so called gimmicky hockey specific gyms. So I took a real deep look and said to myself, why run with the pack? Why let my boys do what every other kid is doing? I only want my boys to focus on two things, training to get stronger and faster and private skill work one the ice. To me this is the definition of getting off the hamster wheel! Taking a look at the lay of the land and plan out what you can do different.”

Those boys simply did not miss training sessions.

Karl Subban decided to run the opposite way from the pack. The ONLY camp those boys went to was rookie camp after they got drafted! That’s it!

P.K. Subban finally took a vacation when he got his 72-million dollar contract.

This made me look at the correlation between athletes who accomplished their goals of making the pros, getting scholarships, or simply making that team they so desired.

The common denominator was they were committed to the process, and did not go away to camps that meant nothing!

If you are part of an organization that holds regular camps, 99.9% of the time you are wasting your time. Do you really think these multi-million dollar professional organizations won’t find you if you know how to play your sport?

They know. They pour millions of dollars into scouting kids to becoming professional athletes.

The trick is to work hard and keep working. You have to do what nobody else wants to do and work on the qualities that will enhance your strengths and improve your weaknesses.

Then maybe you’ll be ready to make that highlight tape when the lights are shining.

A few years back, I had a hockey dad walk into my gym without an appointment and introduced himself to me. I was busy coaching and I told him I would be available in the next two hours, I expected him to come back another day, but he waited patiently.

His son was a high-level hockey player in the OHL looking to become a professional athlete, and his father figured there must have been something missing in his training. He needed to get faster, stronger, and more explosive. He explained to me,

“My boy needs more jump, he needs to be quicker and stronger on the puck. Also, from what I’ve heard, the training environment your gym provides will build his confidence.”

I like what I heard, and it was apparent he did his research, but the problem was we did not have enough time as the summer season had started. He also built a relationship with his current strength coach and didn’t want to cut those ties.

What blew my mind was that this young man has been training with this strength coach, and had never, ever done a squat! The mobility in his ankle, knees, hips, and shoulders were just horrible.

We immediately worked on these issues every session before we could even think of getting him stronger and more explosive.

This kid has such bad fundamentals because he had been consistently exposed to what I call “Entertainment Training”. Basically, Entertainment Training is a bunch of circuits thrown together that fatigue the athletes and tricks them into believing the workouts are amazing because they are so exhausted afterward.

See this joke of a training:

This resonates with most athletes because most are fatigue-seekers, especially hockey players.

I see this over and over again in this industry.

Let me be clear, and I mean crystal clear:

ONE CANNOT BUILD TRUE POWER, SPEED, AND STRENGTH IN A FATIGUED STATE!

Not to mention the mobility and dexterity needed for injury prevention. These types of nonsensical programs are just hurting our competitive and professional athlete(s), and they definitely do not address their individual needs.

Here is the other kicker…

A few weeks into this training, the same athletes’ mother told me he was going to a 2-3 day concert, and that he would be missing those training sessions.

One. Understand we already have limited time because he started the program late.

Two. We uncovered a bunch of issues that are critical and needed to be addressed before we could sink our teeth into strength, power, and speed development.

The athlete was about to go to the camp of his life to try to make the team.

I was annoyed, but I had to let it go.

I don’t give a shit about the money.

Nothing fulfills me more than seeing those who work hard and succeed whether that is becoming a professional athlete, or a career worth pursuing.

So one morning, I received a text from the mother again saying that her son won’t be in that morning because his shoulder was sore.

I took a deep breath and called the mother and let her know that if he can breathe I expect him to be at the gym by 10:00am that morning. He arrived, started training, and when he got warmed up, he was looking good.

I asked him, “How’s the shoulder?”

No pain and the kid was actually lifting heavier weights than normal, and looking smooth with good technique!

I told P.K. to come over and I asked him in front of the kid, “Have you ever, ever taken any time off training before receiving your big contract?”

P.K. would go as far as to schedule all outside obligations like Nike, Gatorade, or whatever it was, around his training schedule.

I wanted this young man to understand the commitment it takes to become a professional athlete, and part of the 0.1% group. 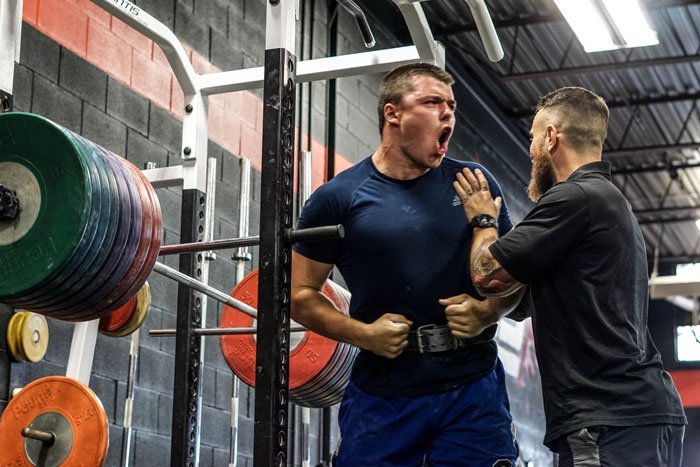 I’m sorry to say, but it takes tremendous sacrifice to be a professional athlete.

I wanted him to be able to look himself in the mirror and have no regrets because he had given every ounce of dedication to fulfilling his dreams.

If your friends were going to a concert and it falls on the same dates as your training schedule… well, too bad, you need to train.

If you’re sore… too bad, you need to train.

If you’re tired… too bad, you need to train.

My point is, athletes must dig deep and sacrifice, find a strength professional who knows what he or she is doing and stop with stupid nonsensical circuits.

Stay hungry. Think, act, and be like the 0.1% – it’s time to get off that hamster wheel if you want to become a professional athlete.